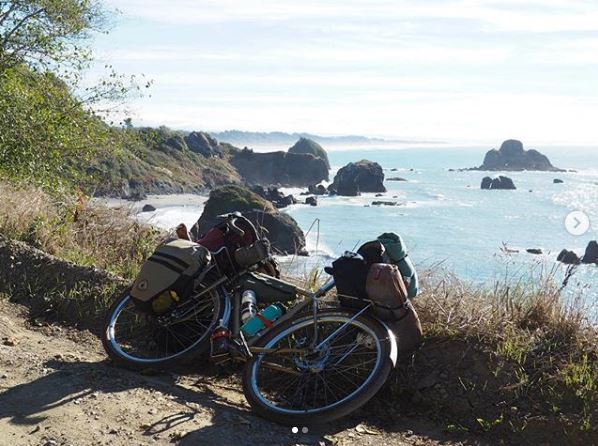 Interview and Introduction by B Vivit
Jessica Shadduck, from Omaha Nebraska, showed up for the first day of class sun-kissed and in Chacos, after a whole month of bike touring from BC, Canada, down to the scholarship in Ashland. To set the scene, she had contacted us early to ask for tips on getting through Oregon with the incredible amount of smoke we'd had build up from the Northern California and Oregon fires; so we were incredibly excited to follow her journey South. Jessica chronicled the journey via Instagram through her own personal and also through her shop @ponderosacyclery.
During the scholarship, Liv Bikes (with Acacia Wytaske another of the folks who received the scholarship in October 2018) sponsored our ride, mid-scholarship, and with this October crew, we got to shuttle to the very top of Mount Ashland; Jessica got to try a full-suspension bike for the first time. Also, on the weekend in-between the two weeks of our Professional Repair and Shop Operations class, Jessica and a few of the other scholarship folks headed out to Sam Hill, OR to camp for the night. Also leaving with one of the venerated UBI tattoos! After the scholarship was over, she continued her journey south to San Francisco, meeting old friends, new friends, and having great adventures all along the PNW. Talk about one of the chillest, kindest, and most open souls; Jessica took this trip, and the scholarship, for all it was worth and turned it into so much more.
BV: What do you do for work?
JS: I am half of the team at Ponderosa Cyclery + Tour, doing more and more wrenching every day, helping to coordinate our monthly campouts, lead a biweekly WTF ride, and be friendly and helpful to the people that walk in the door. I'm also part-time Program Coordinator at the Community Bike Project, a non-profit space with free open shop hours, earn-a-bike programs, and cool collaborations with other local non-profits. In my downtime I get to tinker with bikes that are pretty different from the ones we usually see at Ponderosa, like department store bikes and bmx bikes, so I feel like I'm getting a well-rounded education. I also work a shift or two every week at Lululemon!
"When I found out that I got the scholarship and was going to have several months before the class, I decided to make some kind of trip out of it." 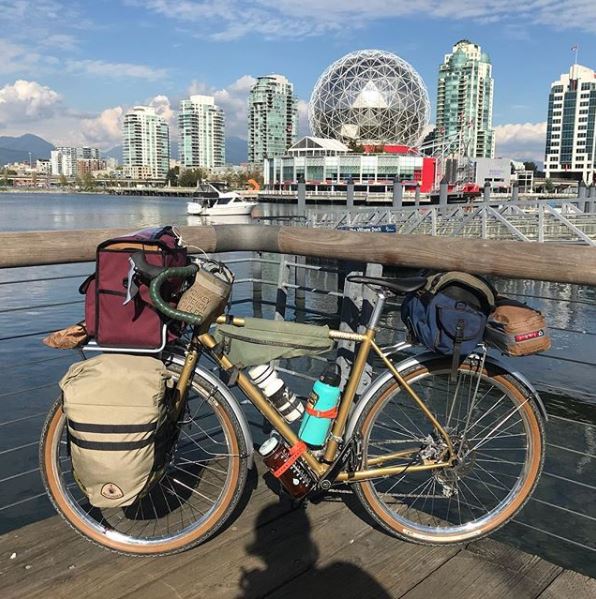 BV: You won the 2018 WBMS scholarship for the October class; and you toured for the month previous to the scholarship, ending up in Ashland. Tell us about your route, your bike, and the prep and your motive that led up to the tour. 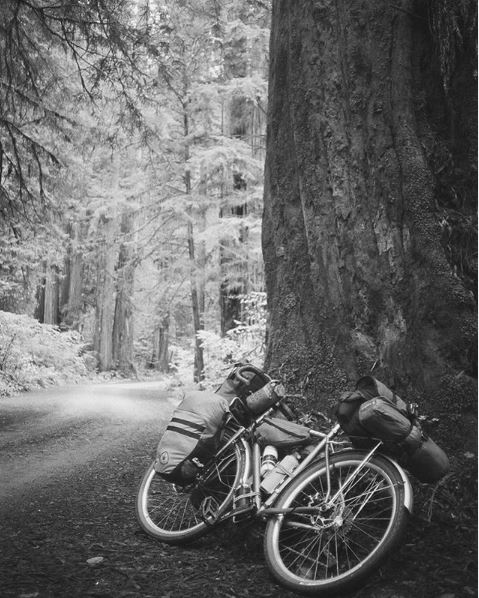 JS: I'd been wanting to do a big bike tour. Like a lot of people, I get the urge to roam every once in awhile, and it had been a few years since I'd done a big, kinda intimidating solo trip of some kind. Other than our shop campouts, I had only done one or two solo overnights, and one two-day trip out to my family's farm for Easter, which was about 150 miles. For awhile I planned to do the Baja Divide, but I decided it was an awful lot to undertake for my first ever solo bike trip, and felt too anxious about it. When I found out that I got the scholarship and was going to have several months before the class, I decided to make some kind of trip out of it. The Adventure Cycling Association's Pacific Coast route begins in Vancouver, and I had never been to Canada, so I picked that as a starting point! It ended up being a pretty arbitrary (but lovely!) starting place, because I didn't even use that specific route. I ended up winging it the whole time, mostly using Google maps and the advice of local people. I island-hopped my way from Vancouver to the Olympic Peninsula and eventually Seattle, and stayed inland from there, hitting Portland, Eugene, and eventually Ashland. After staying put for two weeks there, I headed for the coast and kept going south, making my way to San Francisco for a flight home. All told, it was a two-month trip, with about twenty-some nights of camping, and a few Warm Showers hosts and friends-of-friends to stay with. My boyfriend (and bike shop partner) had done a tour from Seattle to San Francisco once, and thought it was a good stopping point. I had a romantic notion to head all the way to Mexico, but I don't have crazy amounts of money and time.
"I get the urge to roam every once in a while."
The bike I took is a Gorilla Monsoon we'd been scheming on since the bike was announced. I had it stripped and powder coated gold, and Vince did a custom build with some wide-range gearing. He built me a wheelset with a dynamo hub up front, to power a Sinewave Beacon light/usb charger, and tubeless Gravelking SKs. Tubeless has never failed me, and I recommend it to everyone! 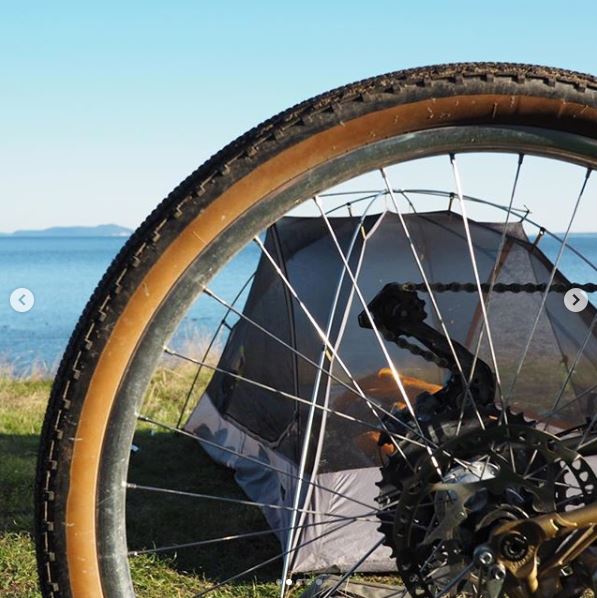 As far as gear and weight distribution, I'd had enough bike camping experience to know what I do and don't like. I upgraded my sleeping pad and quilt, but otherwise stuck to my definitely-not-ultralight go-to's. I brought the Nemo 2-person tent I've had a few years, and enjoyed having such a palatial sanctuary that could contain most of my bike in the vestibule, along with the rest of my gear. I honestly don't know how to plan things meticulously, and kinda default to a "eh, it'll all work out" mentality. I knew I could mail stuff home at any point, and I did mail a couple of things (mostly clothes, along with my textbook from class) before leaving Ashland. Most of my things were in two Anylander panniers on a Pass and Stow front rack, with Swift Ozette rando and Zeitgest saddle bags.
BV: You made some friends along the way, definitely had some adventures, and some setbacks. What were some of the most memorable moments during your tour? Whether it was with people or alone on the bike? 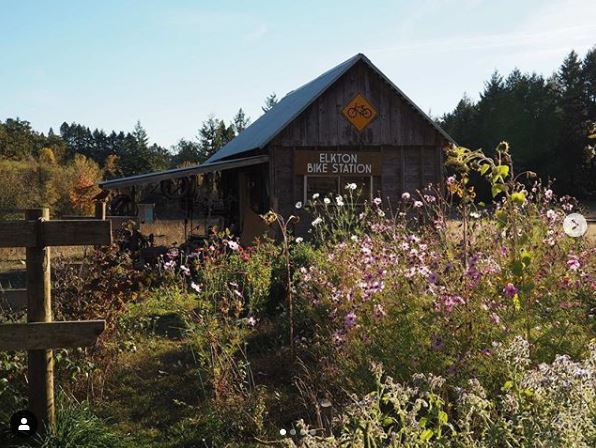 JS: Aw man, it's so hard to pick outstanding moments out of two months. I loved the two days I spent on Salt Spring Island at Ruckle Provincial Park, watching porpoises and sea lions and looking for starfish at low tide. I had a magical stay on the Olympic Peninsula with a very cool Warm Showers host that I met serendipitously a few hours before riding up to his cabin, where he fed me salmon and beers and we gabbed about life and science and adventures til pretty late. The Redwoods blew my mind--I was awestruck the whole time. And I loved stopping to watch sea lions along the northern California coast. There was a bear creeping around my tent on one of the last few nights I camped, which taught me a lesson about putting my food away. In the creepiest backwoods part of southern Oregon that had me most sketched out about camping, I happened to choose a sorta remote campsite that was already full of friendly hunters who fed me and made me feel safe, though we clashed more and more over politics as the whiskey was passed around. Basically, the main theme of my trip was that strangers are often very kind.
"Basically, the main theme of my trip was that strangers are often very kind."
BV: If you could do anything different about your route or your trip, what would you do? / If there is one piece of advice you could give to folks planning a long tour like this, what would it be?
JS: I don't think I'd change anything. I'd say not to sweat the details too much, be open to sending out a message to all your friends that you're looking for people to stay with, and just stay open to all the cool opportunities that come up. And don't be too scared about the what-if's...things are most likely to work out just fine.
BV: What is the most helpful tip or trick you learned while in the scholarship at UBI?
JS: That's a toughie! I came into the class with a very small amount of bike mechanic knowledge. Bikes were essentially demystified for me. I still can't believe how much info y'all were able to cram into my brain in such a short amount of time. And the fact that I built wheels is still crazy to me! 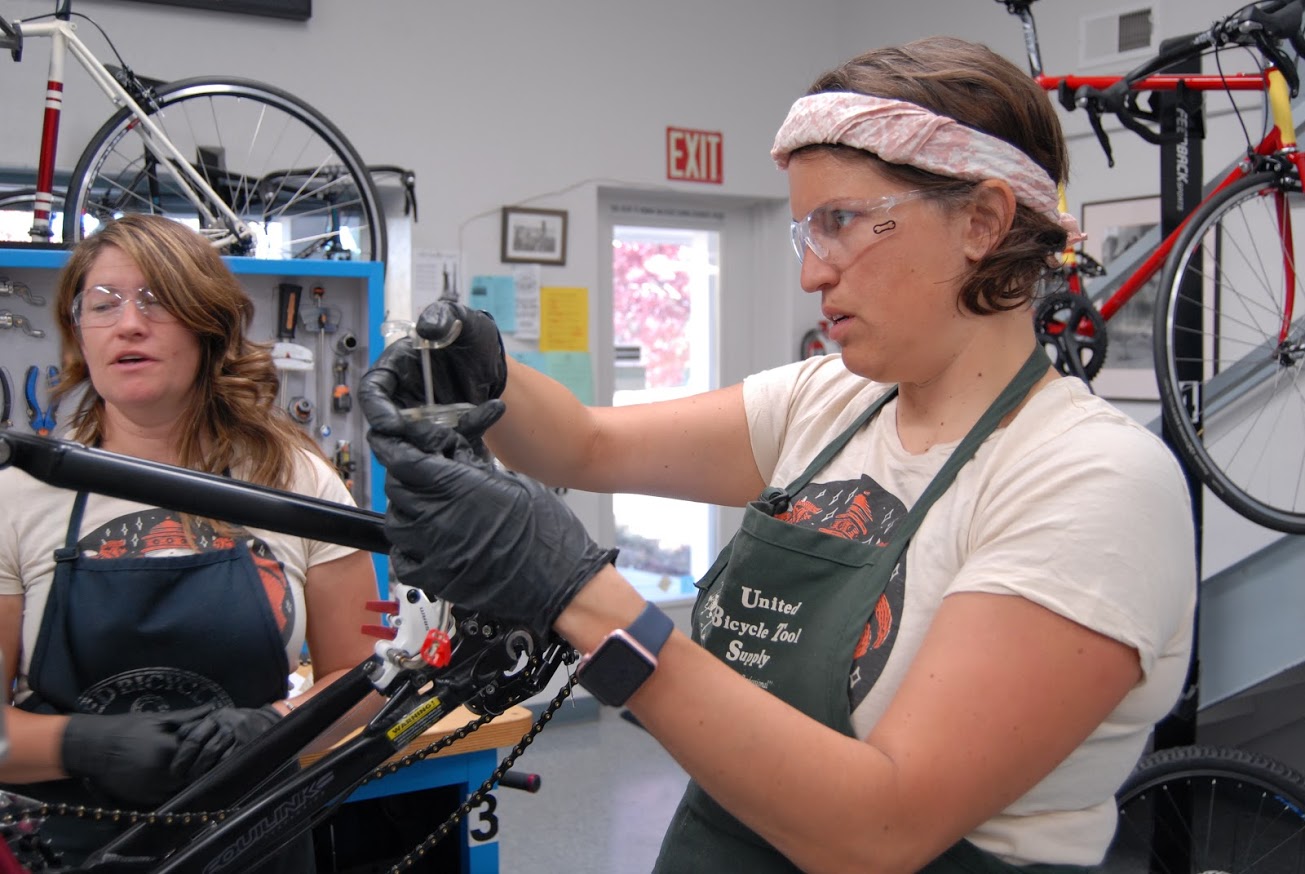 BV: What impacted you most during your time in the scholarship?
JS: The class itself was awesome. There is so much collective knowledge amongst the staff--we all asked any whacky questions that came to mind and ya'll seemed giddy to answer them. Ron and Denise and all the teachers really went above and beyond in every way. Being in a class with other WTF scholarship recipients was amazing, and I feel so damn lucky to have been among those people, live with them for those two weeks, and spend every day with them. The bummer is that we all live so far apart, but we also have a cool support network, and even though the chances that any of them will need a place to stay in Nebraska is preeetty slim, I'm definitely gonna hit them up some time. We stay in touch. 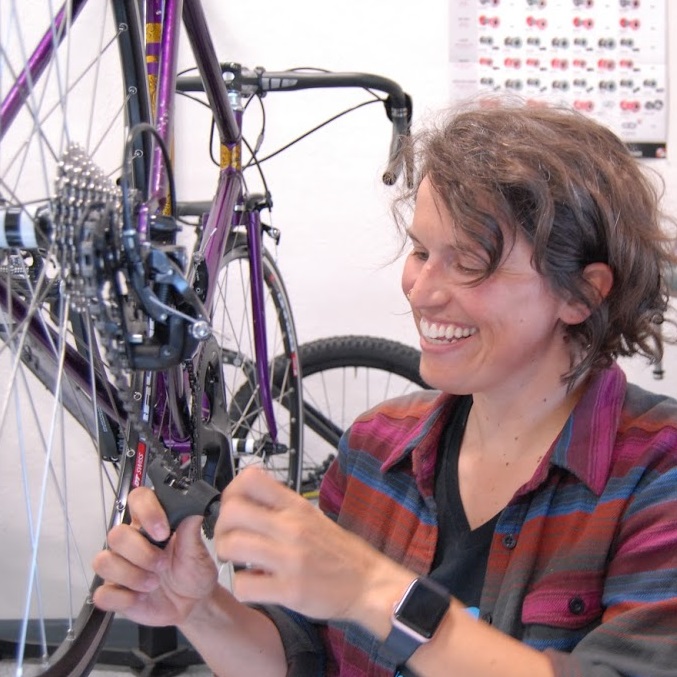 BV: What is your single favourite piece of the bicycle?
JS: Hmm...I'll say the bottom bracket! As I do more wrenching, I'm seeing lots of diversity down there, and my mind reels.
"...[I] have started to feel like, hey...I'm a mechanic!"
BV: How has the scholarship impacted your goals and/or future?
JS: When the time to attend class finally came, I didn't have a huge role at my shop, and I was working a lot of hours at my retail job. Since the class, I've been at the shop during most open hours and have been wrenching more and more, and have started to feel like, hey...I'm a mechanic!  When the part-time gig at the Bike Project opened up, I don't think I would have had a real shot without the education I got at UBI. My time there has really accelerated my learning. I think several of us were in a transitional period at the time of the class, and I know I'm not the only one who has had very cool opportunities come up since then. A word that kept coming up at the time was confidence, and I think one of the big take-aways we each got was the confidence to go for the cool jobs that came up, and to lead the people in our communities. 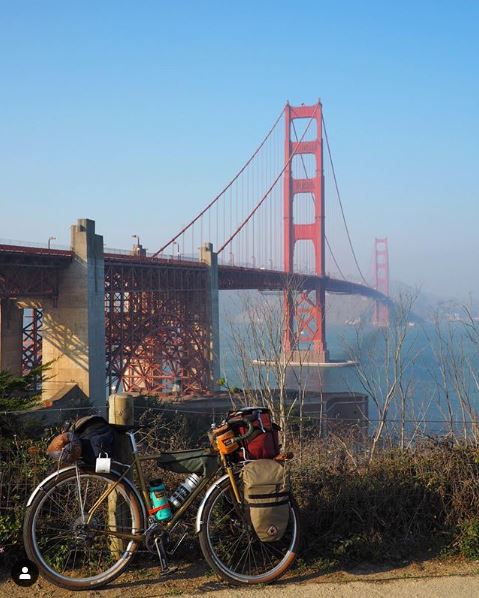 A link to the Warm Showers page: https://www.warmshowers.org/
A link to Ponderosa Cyclery + Tour: http://www.ponderosacyclery.com/