If you’ve been through a UBI class that I’ve been an Instructor in, or you know me outside of UBI, you know that I love sayings and anecdotes. A saying that I use frequently in class is “There’s never been a better time to be a cyclist” especially from a product or component selection standpoint.

Whether you’re shopping for a new helmet, upgrading the suspension on your bike, or in the case of this article, you’re going to or have been to a NAHBS show to drool over or maybe even shop for a fancy new custom bike… It really is a great time to be a cyclist.

I don’t know how it is for others, but when I go to a frame builder show like NAHBS, I think it’s fun to know what it is that draws a person’s attention to a given bike or builder. Is it the builder’s reputation? The material they build with? A super fancy detailed paint scheme? Or simply the type of bike it is?

To some degree for me it is all of those things but if I had to filter down to one thing, it would be the type of bike or maybe better said, I’m drawn to bikes with clean lines that are unhindered by features with little to no benefit (subjective of course) unless it adds to the visual appeal of the bike. Often it is subtle details that will draw me in, something not noticed by everyone, or at least not initially. Details like the angle the top tube is at or the interplay of how the seat stays and top tube intersect the seat tube. It could be paint details like pin striping, but then you look closer and realize it’s not just a pin stripe but a groove machined into the head tube and pin striped after painting.

So it stands to reason that single speed bikes are my favorites. Whether it be a track bike, a cross bike or a mountain bike, the beauty of their simplicity cannot be overlooked. No derailleurs in the way mean there isn’t a need for ugly cable stops that break up the clean lines of the frame. 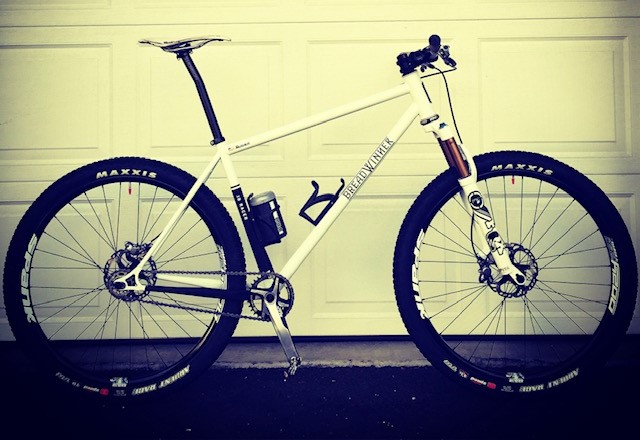 A few years ago I was in a position to get a custom frame built by my friends at Breadwinner Cycles and it was really fantastic to get to work with a fellow bike designer (Ira Ryan) on this one off project. Product development is something that I’ve done a lot of so the process of determining every aspect of the frame design is something I’m not only comfortable with but it is something I’ve been tasked with doing often in my time in the industry. That said it has typically been with bike designs that other people were intended to buy and so compromises often get made in those scenarios. That was not to be the case this time because, this time the frame being built was going to be MY bike! So the choices being made didn’t have to appeal to anyone but me. What we ended up with is the first Breadwinner JB Racer SS 27.5 and I believe it might still be the only one in existence.

I couldn’t be happier with the final result of this little project. I would encourage anyone considering learning more about frame design and in particular, frame building, to check out a UBI frame building class. At the very least I think you’ll come away with a much greater appreciation as a rider for how well designed most of the bikes out there are, and maybe, just maybe your love of the bicycle and the freedom pedaling one provides will have grown as well. 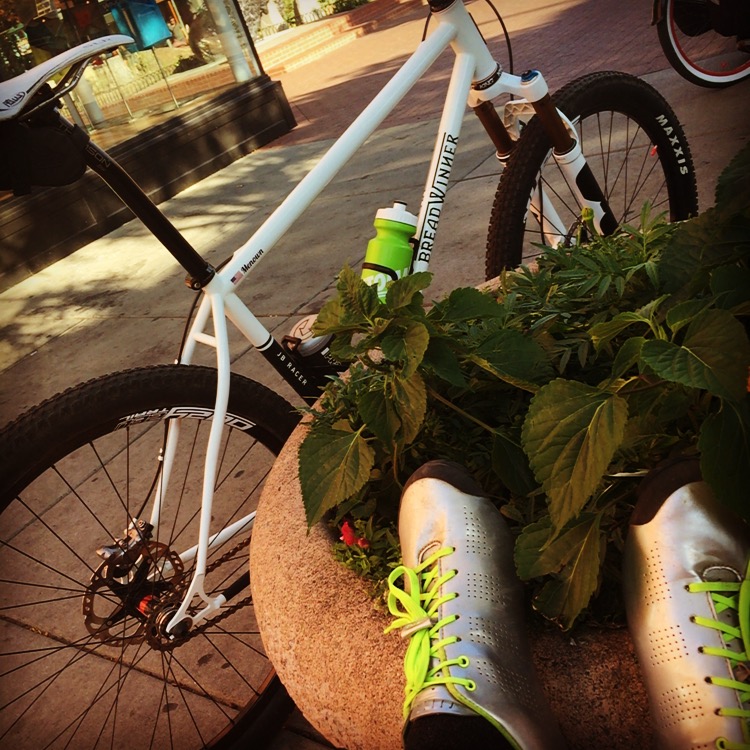