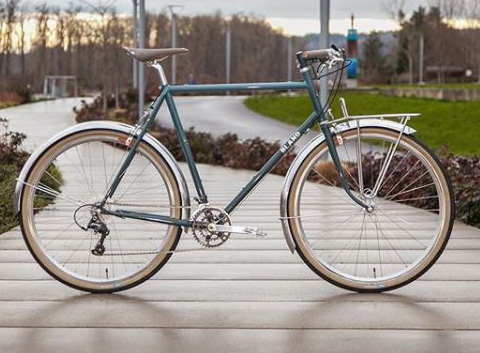 Chris Blandford and Bland Bicycles, interview by B Vivit 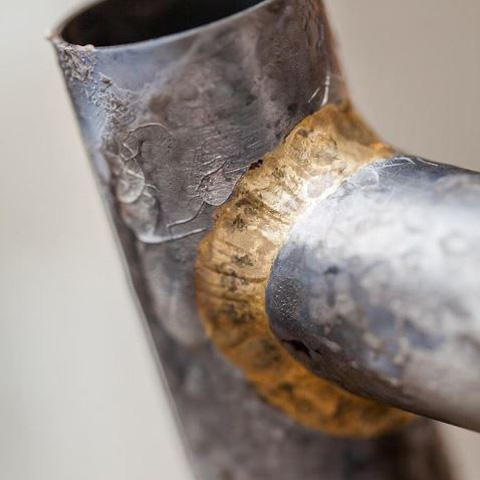 Chris Blandford of Bland Bicycles emailed us a little while back to show us photos of his recent accomplishments, and it was really the photography that caught my eye. Macro shots that really encapsulate the beauty of the process that we call frame building. More of a passion project, Blandford can spend as much or as little amount of time with each frame that he produces. In each photo though, the observer can nearly feel the heat from a fresh braze, smell the metal burn, and hear the flux crackle as it enters it's final cooling,
crystalline state. Not to be outdone, the photos of each of his finished bikes also gravitate toward finding the finer line and exposing the simplicity of a good design. 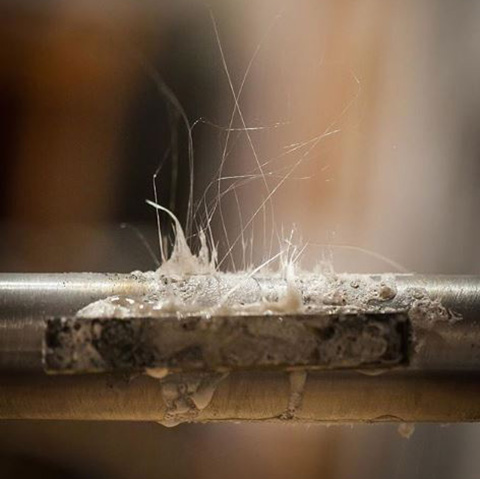 Aside from the photos, Blandford is our typical student. No experience with brazing and while having a great eye for design lines, no experience with designing bicycles. We love hearing from our students and it was an absolute joy to see a student with so much love for what he is doing.

BV:  What is your name and what is your brand? Do you have a core message or idea to your brand?
CB:  My name is Chris Blandford, and I’ve recently created a blog called The Bland Bicycle. The bikes that I build are labeled “Bland”, though I’d hesitate to call that my “brand”. I’m not interested in selling my own bicycles; building frames is merely an excuse to take photos and write about a subject in which I’m interested. That said, the name is meant to be honest and ironic. Something is “bland” if it is underseasoned, inexperienced, or lacking skill and salt. That’s me.

"Something is 'bland' if it is underseasoned,
inexperienced, or lacking skill and salt. That's me."

BV:  What is your background or how did you get into it? How long have you been framebuilding?
CB:  I’ve been building (rideable) frames for about one-whole-entire year. Again: underseasoned. I’m about as far removed from the bicycle “industry” as one can be. I’ve never worked in a shop. I’ve never raced or ridden with groups. I have, however, ridden bicycles as my primary form of transportation for my entire life and always acted (for better or worse) as my own mechanic. In addition, my grandfather was an inventor and metalworker, and - though I never met him - seeing the creations he left behind has always made me want to learn to make something useful. The bicycle was the obvious object. 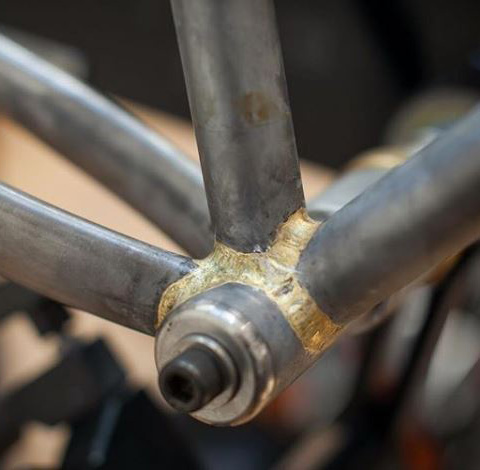 BV:  Where did UBI come in? (What were you hoping to learn/what did you learn?)and What was the most valuable thing you took away from your experience with UBI?
CB:  I signed up for UBI’s framebuilding course a couple of years ago on a bit of a whim, just for fun. That class was guest-instructed by Tony Pereira. Tony’s level of skill -namely his fillet-brazing- was inspiring. I had zero expectations going in, but after leaving that class I knew that I wanted to build upon the skills I had been shown. I hacked together a couple frames in my garage over the next year, and then returned to UBI about a year ago to retake the course (and take better notes). By far, the most valuable thing about the class is the brazing demo. Watching someone who knows what they’re doing lay down a fillet and then answer questions about that process was/is invaluable.
BV:  What was the most helpful tip or trick that you learned while attending UBI? Or what was an especially memorable moment for you?
CB:  The drafting lessons were incredibly helpful. I hope that portion of the course always remains analog. CAD is awesome, but - honestly - the first thing I did when I got home from class was purchase drafting supplies. I knew I wanted to build forks, stems, racks, tools, little jigs, etc. and being shown the basics of drafting for fabrication has proven invaluable, even in my limited experience. 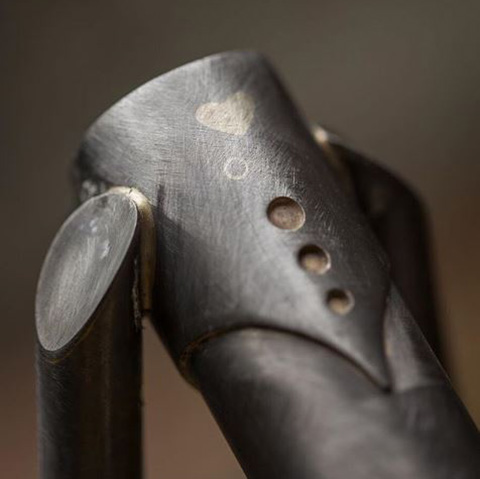 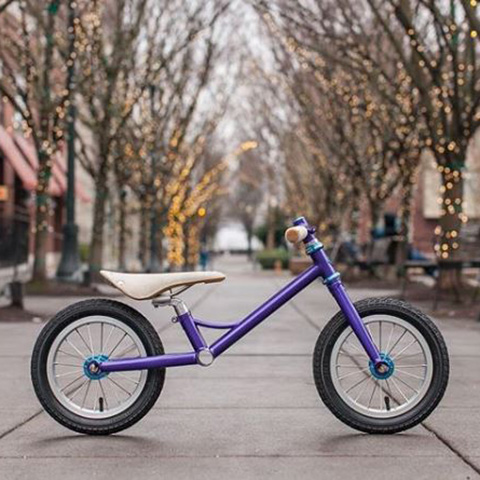 BV:  Where(or who) does your inspiration come from?
CB:  Hey, I’m still just trying to make sure my bikes don’t fall apart when I ride them; I’ll worry about stylistic inspiration down the road! That said, I do fall back on my professional abilities often; as a graphic designer, I like to think I’m decent at connecting dots and creating visually pleasing lines. I’ve also got a little library of both bike and design-related books that I reference often. And when in doubt I just (poorly) rip-off Mitch Pryor, Tony Pereira, and/or Joseph Ahearne.
BV:  What is your favourite tool?
CB:  My fillet-finishing super-wand! Also known as a wooden-dowel-shoved-into-a-vinyl-hose-wrapped-with-shop-cloth.
BV:  Is this going to be something that you pursue for a career, or is this something that seems more like a hobby on the side?
CB:  I'm not sure. I'm approaching the building of my bikes as professionally as I can, but I think the commitment it would take to turn this newfound hobby into a true career is more than I can justify at this point. I know that in order to become comfortable selling vehicles to strangers I'd want to spend at least a few years in the industry, working under a watchful eye and gaining experience. I've got a young family and a career I already enjoy, so - right now - I'm not interested in going down that road. The Bland Bicycle is my way of participating in some small, relatively safe way. The photos and essays/stories I share are the product, for now.
While he's given us permission to scrape a few photos off his website, you really should check out his blog where you can find the full resolution photos and more of Blandford's own process detail @ http://www.theblandbicycle.com/ 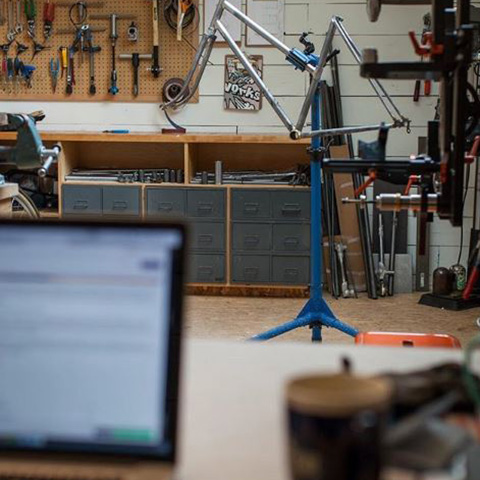