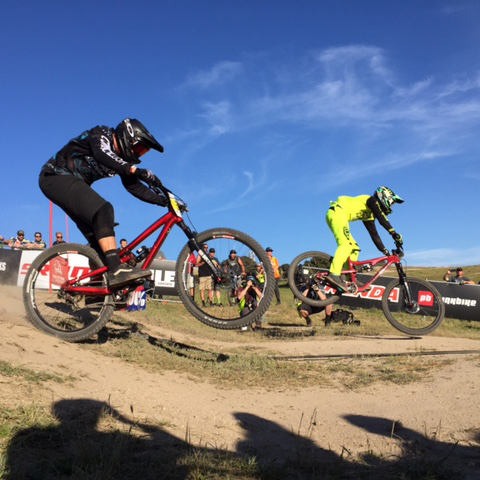 "Racing is dead". A number of years ago when NORBA was failing I remember this phrase going around the bike biz like wild fire. The people saying this had likely never been to the Sea Otter Classic. This event has consistently been one of the biggest racing and bike industry events in North America (if not worldwide) for at least the last 20 years I have attended it. Located at the Laguna Seca raceway near Monterey CA, the Classic has consistenly drawn Professional bike racers of ALL (and I do mean all) disiplines from around the world as well as amateur racers of all ages from all over the United States. It also brings bike enthusiast spectators who come to see the conjoined spectacles of racing, and the bike companies who come to support them as well as show off all the cool new stuff they're bring to market. It is often the place where companies come to debut new goods for the first time to the media. I heard someone say that this year there were about 60,000 attendees each day!

UBI has traditionally attended Sea Otter each year and this year I was at the event both to represent UBI as well as to race the PRO Downhill on Sunday. In cruising around between the UBI booth, Downhill practice, the expo area where many of UBI's industry partners are, and our campsite I saw four days of vibrant bike geekdom. And I say bike geekdom with the utmost of affection as I am one of the bike geeks myself. 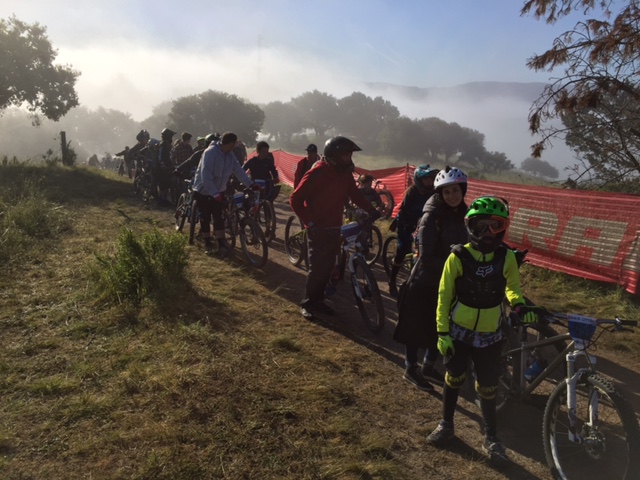 Ten year old racer Johnno Forsyth (Neon kit in the foreground) waiting to get a practice run on the DH course. The line was so long he got just one practice run but he made it count and ended up 17th out of 40 kids his age racing.

Day after day thousands of amateur racers from ages 10 years and up lined up at the top of the DH course hoping to get one or two decent practice runs on the course. The line was at times literally hundreds of yards long.. Fortunately in the PRO class there was rarely a long practice line and not much traffic on the course. Unfortunately for me, that didn't help my traditionally average mid-pack finish at the Sea Otter.. 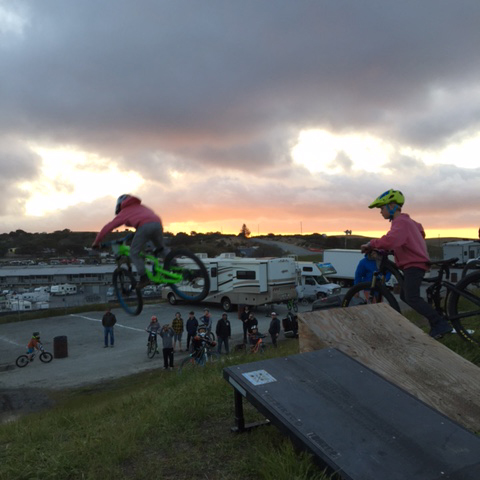 UBI camped out on site with a view overlooking the Laguna Seca Raceway. Every night a 20-30 person squad of random kids assembled from around our campsite would congregate on this Napoleon Dynamite style jump and huck themselves into the sunset until the sun was completely gone. This same scene played itself out at each of the 20 or more camp zones around the Sea Otter Classic venue.. 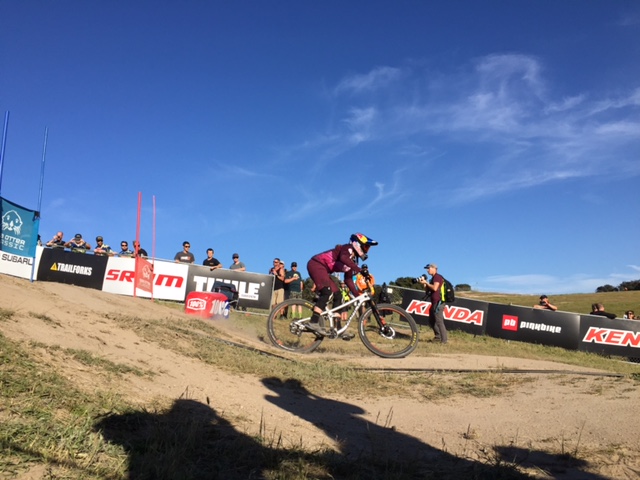 The Sea Otter Classic Dual Slalom is one of the coolest and biggest races of the event. Every year it feels like the entire cast of people at the event migrate up to watch the worlds best racers battle it out on the tracks. Jill Kintner in the above photo is on her way to winning the PRO women's event with classic form and grace. Jill is easiley one of the best bike handlers in the world and she's always impressive to watch.

The Sea Otter Classic is such a great event. Everyone's got early season energy and a positive outlook. For many folks it's usually the first good weather of the year (beware the sunburn), coupled with tons of bike racing action. I'll be back for sure next year!